Cheeky singer/songwriter Lillian Frances dropped an audacious new track and accompanying video last Sunday, just in time for the Super Bowl. On the phone, she talked Tom Brady, sound collaging, and chasing the woman she is right now.

AD: So, let’s talk about your new song “Super Bowl Party,” which is a major dig at the Patriots. Did you write, record, produce and shoot a music video all within the span of a week?

LF: LOL, no. This actually all started at a Super Bowl Party last year. It was the Patriots versus the Eagles and my girlfriend and I were joking around the whole time, just being like, “Fuck the Patriots. Fuck the patriarchy.” And then we looked at each other and we’re like, “Oh, that’s a song.” And I got home that night and laid down the beat on my computer, added some vocals, and came up with a really cool beat. And then I kind of played around with it for a couple weeks. Then I thought, Yo you know what this needs is some fast like singing. I just wanna talk some shit. I was going to talk to some of my guy friends who also write and ask them what they thought I should do with this song. And then I was like, wait. Why would I go to them when I obviously already have all the ideas in my mind? So I sat down and wrote it out.

AD: The music video looks like it was a blast. How long did it take you to produce?

LF: We shot it over the course of two, maybe three hours. I’d been thinking about the music video for seven, eight months and I finally got around to it this December. Basically, I threw a Super Bowl Party and three of my friends filmed and edited it. I’m lucky to have cool ass filmmaker friends. And it all came together just before the Super Bowl.

AD: Are you a sports fan?

LF: I don’t really give a shit about sports at all. And I definitely don’t give a shit about the Patriots. But I watched the playoff game against the Chiefs a few weeks ago. I have never been so into a football game. I could barely watch it. I was hiding behind a blanket because I was so anxious. I wanted [the Patriots] to win so badly because it would obviously make my song so much more relevant. And when they did I was like, hell yeah. Thank you Jesus.

AD: Little did they know that they did that for you.

LF: [laughs] I know. I was like, Tom you didn’t have to do that for me, because I’m about to slander you.

AD: When you posted the video last week did you tag him in anything?

LF: Oh my God I didn’t. Some Tom Brady fan page on Instagram started following me and I was like, ehh block. I don’t want to deal with this right now. Nothing good is gonna come from this. 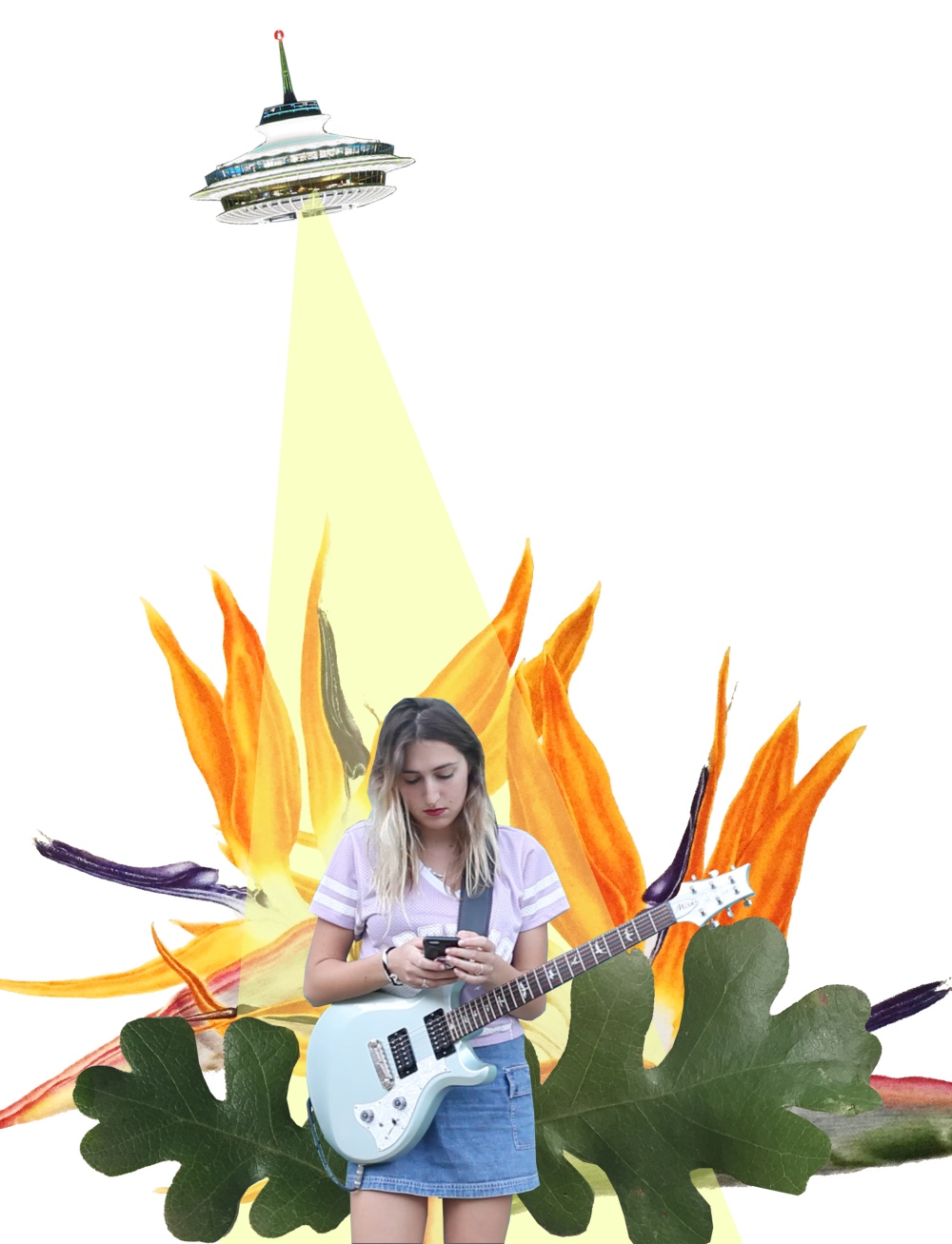 AD: You are a self-proclaimed “sound collager.” What does that entail?

LF: I collect bits of sound and inspiration everywhere I go and I incorporate it into my music. I’m not constricted by any one genre or sound, or really anything to inform my music. I take whatever stands out as a beautiful texture or pattern or rhythm, sprinklers, people talking or slamming stuff.

AD: What’s the weirdest sound you’ve ever used in a song?

LF: I record my friends all the time, whether they know it or not, and I really like recording drunk people at parties. So in my song “Phone Keys Wallet,” there’s a clip at the very end of a guy talking about the restaurant B.J.’s. And he’s like, “Yeah their pizookie is AMAZING, but like I have no idea what it means.” And in my head I was like, OK dumdum. Seems pretty obvious to me. And I told him that it’s a pizza cookie. And he was like, “Oh my God. I’ve been wondering my whole life what that meant.” That was just a fun little moment caught on tape.

AD: I love that. I think it’s so fun and kind of personal.

LF: It’s so cool. I love it when artists do that things like that because it all of sudden transforms this song into something three dimensional. You get to see how it existed in time, you know. And you hear it go through all its stages. Like, you’re listening to the final product, but you’re also listening to that second day in the studio where you hear me fucking around with the microphone because I decided to keep that in. I think things like that really give a song such depth and character. And it’s really an insight into my life, which is what my music is all about. It’s an invitation to see things the way I see them and for whoever is down to come and hang out with me. I’m able to present bits and pieces of my world, and that’s really cool to me.

AD: So, what else have you got in the works?

LF: I’m working on a new album right now. It doesn’t exist yet, but really stoked about it because I feel like I’ve been performing my past self. I fucking love the album I just released, Timeism, and I love Super Bowl Party, but I wrote them all a year ago. I’m listening to music that a different woman produced. She’s awesome and I love her, but I’m ready to be performing and creating music that’s fresh and more demonstrative of right now. I’m really excited to discover the woman I am right now and see what she’s capable of at this moment, because I know it’s gonna be dope.

Allie Delyanis is an award-winning and losing freelance journalist based in New York City. She likes bands, books, breakfast food, and would love to be David Sedaris when she grows up. You can find more of her work on www.delyanis.com.

The screech heard round the world: